Love is not expected; it just happens. And what better than music to bridge the gap between the two lovers? Music can heal pain as well as it can bring two people together. The music works like magic, and this glimpse of the magic can be seen in this couple’s love story. This week’s real couple, Anupam Roy and Piya Chakraborty are from Kolkata; one is a student of the Presidency, while the other is from the University of Jadavpur.

Anupam Roy, who rose to fame with Bengali songs like Amake Amar Moto Thakte Dao (Let me be myself), Bawshonto Ese Geche (Spring has arrived), Ekhon Onek Raat (It’s too late at night), Bondhu Chol (Friends Let’s Go), and many others, have also entered Bollywood with its melodies. He took Bollywood with a storm with his soulful album in the movie, Piku. Let’s see how the couple met? How did they click and how their friendship turned into love to ring the wedding bells? Well, according to the media, their love blossomed through Anupam’s music. Famous singer, songwriter and songwriter, Anupam Roy and his then girlfriend, now wife, Piya Chakraborty, had known each other for years or as the singer said he felt like he knew her, ” forever and ever”. Piya Chakraborty was a doctoral student in anthropology and resided in Delhi. In one of the interviews with The Times of India, the Tollywood composer mentioned:

“She is from Presidency University and I am from Jadavpur University. For me, it’s more about meeting JU with Presi.” 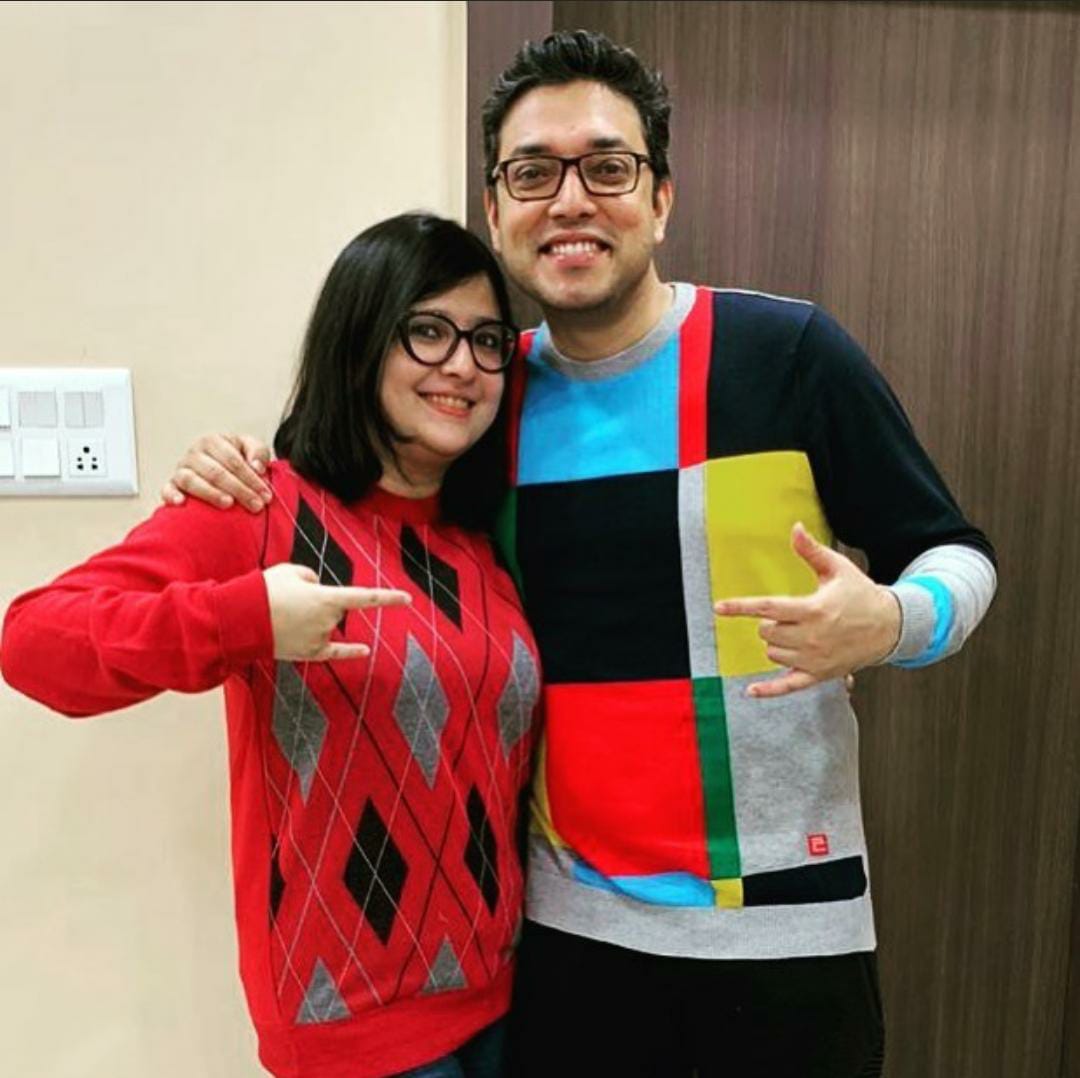 In another interview with The Times of India, Piya Chakraborty said:

“From complete strangers to acquaintances or friends, the relationship has been fluid. I met him one spring in the heart of town, in the midst of a lot of commotion. We’re both cheesy people, wearing glasses … What brought us together, among other things, was our love for Chandrabindoo (a Bengali group). ”

Their journey of love through music 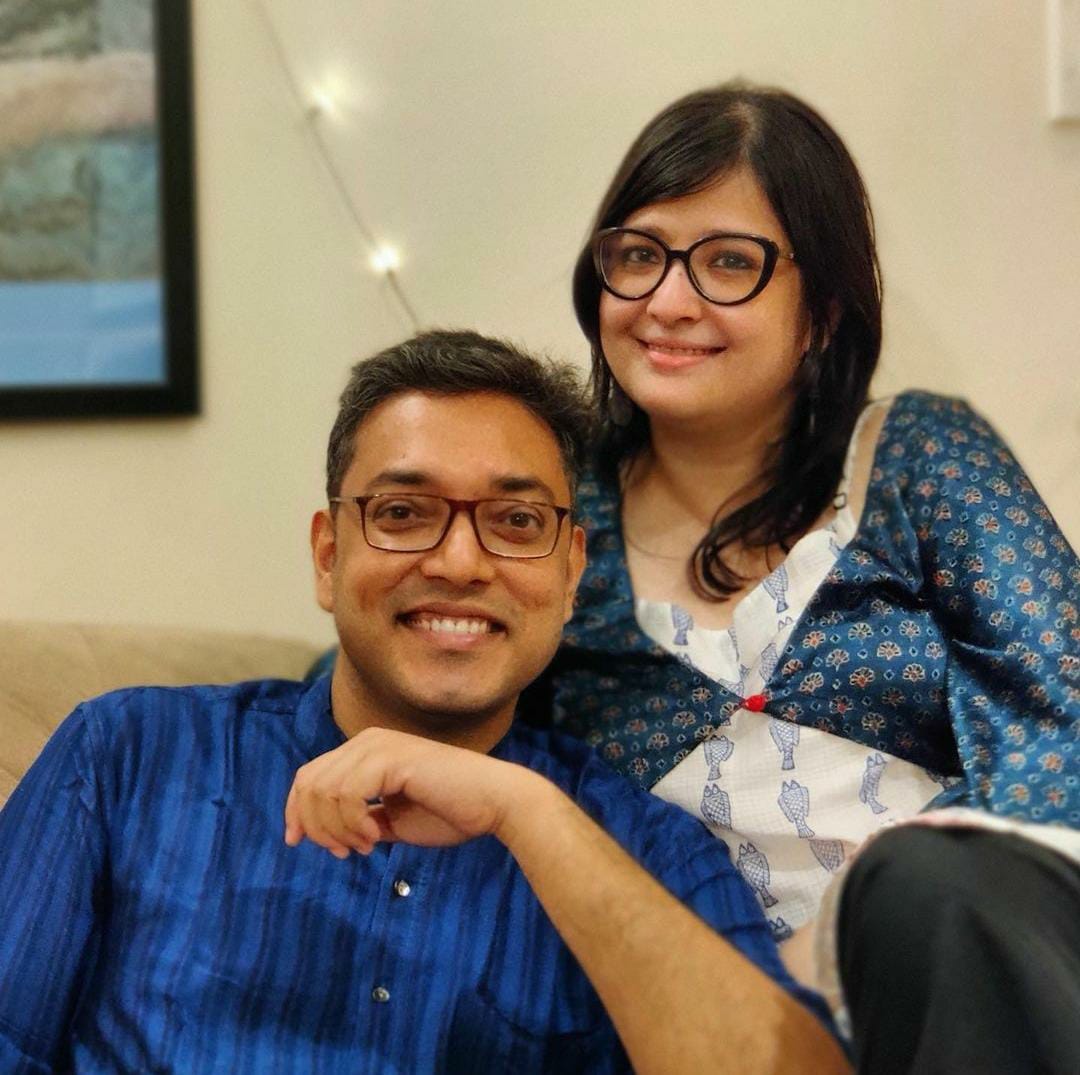 In one of the interviews with The Telegraph, Piya and Anupam revealed that Anupam’s music and songs played a major role in their journey. Anupam has repeatedly admitted that he writes his songs with his wife in mind. The male version of the song, Bawshonto Ese Geche (Spring has arrived) from the film, Chotushkone has lines that suggest their first meeting.

As Piya said in the interview:

“The lines ‘Ei bawshonte koyek bochhor aage / Tomay prothom dekhechhilam aami / Hetechhilam bhutta mather pothe / Shei bawshonto ekhon bhishon dami…’ (This spring, a few years ago, I saw you for the first time., This spring is too precious to me), talk about our first meeting. Of course, no one knows the meaning of pot of bhutta mather. You just have to translate it. It means Cornfield Road (laughs out loud). So that was our private joke until now … everyone thought of it as a poetic thing. It casts a nice imagery. I think it’s one of his best songs and it’s one of my favorites. ” 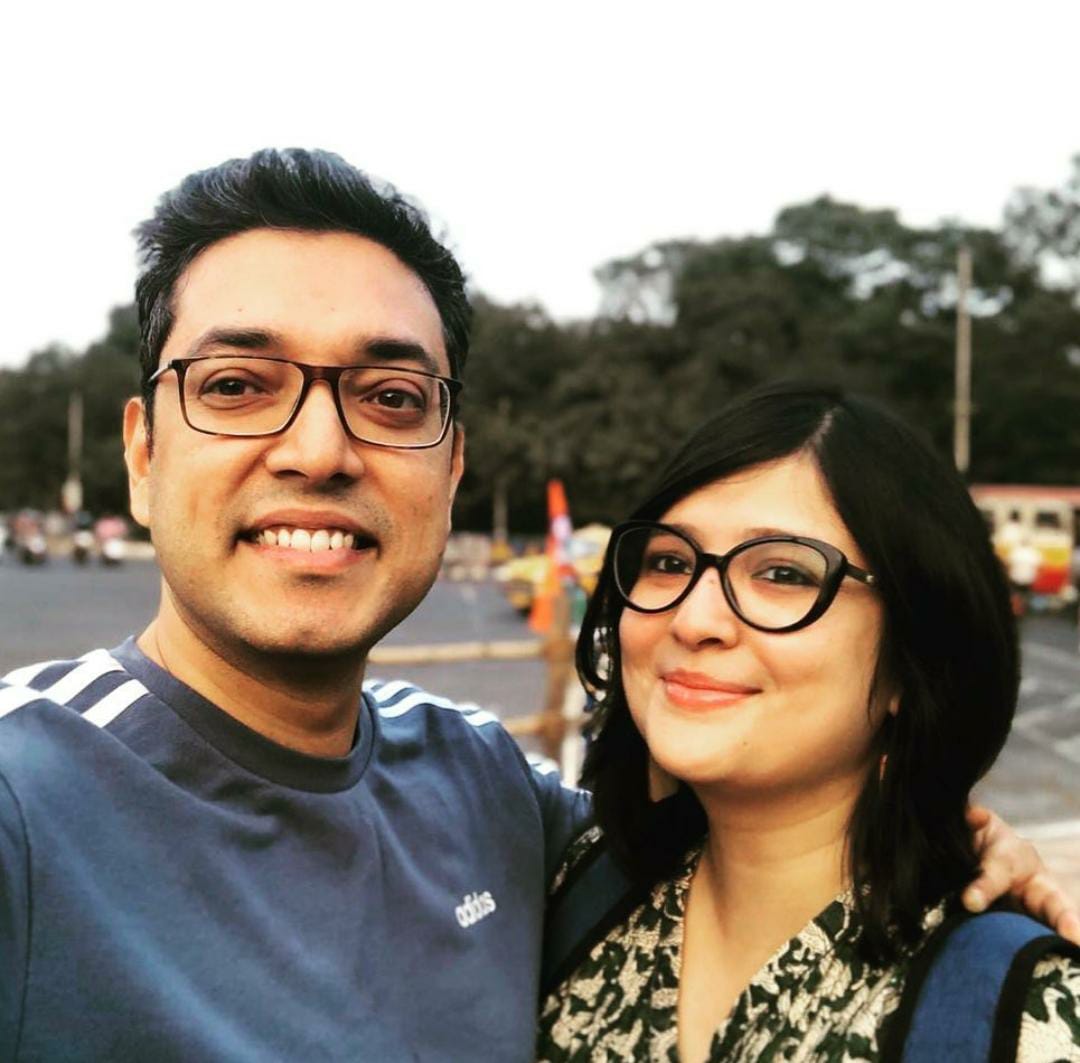 Piya had mentioned a song that her husband Anupam Roy had written as a letter to her:

“Ure Jaak (Fly Away) is basically his first letter to me in song form. He wrote the song with me in mind almost seven-eight years ago, when we used to email each other. He sent me the lyrics and the mp3 version of the song. I was pretty upset when I first heard the song. I wouldn’t want to say anything more about the song because it speaks for itself. ” She mentioned another song in that interview, Tarar Motorcycle (Like Stars), from one of Anupam’s albums, which depicts their relationship.

“A few lines of the song ring true, and that might predict something with precision. ‘Bhebe dekho onnyo shohor, kingba porer bochhor, buker bhetore ekhono ekhono jhor …’ (Think of different cities, or next year it there is still a storm inside my heart.) We live in different cities now, and now I ask him how did he know that. ” 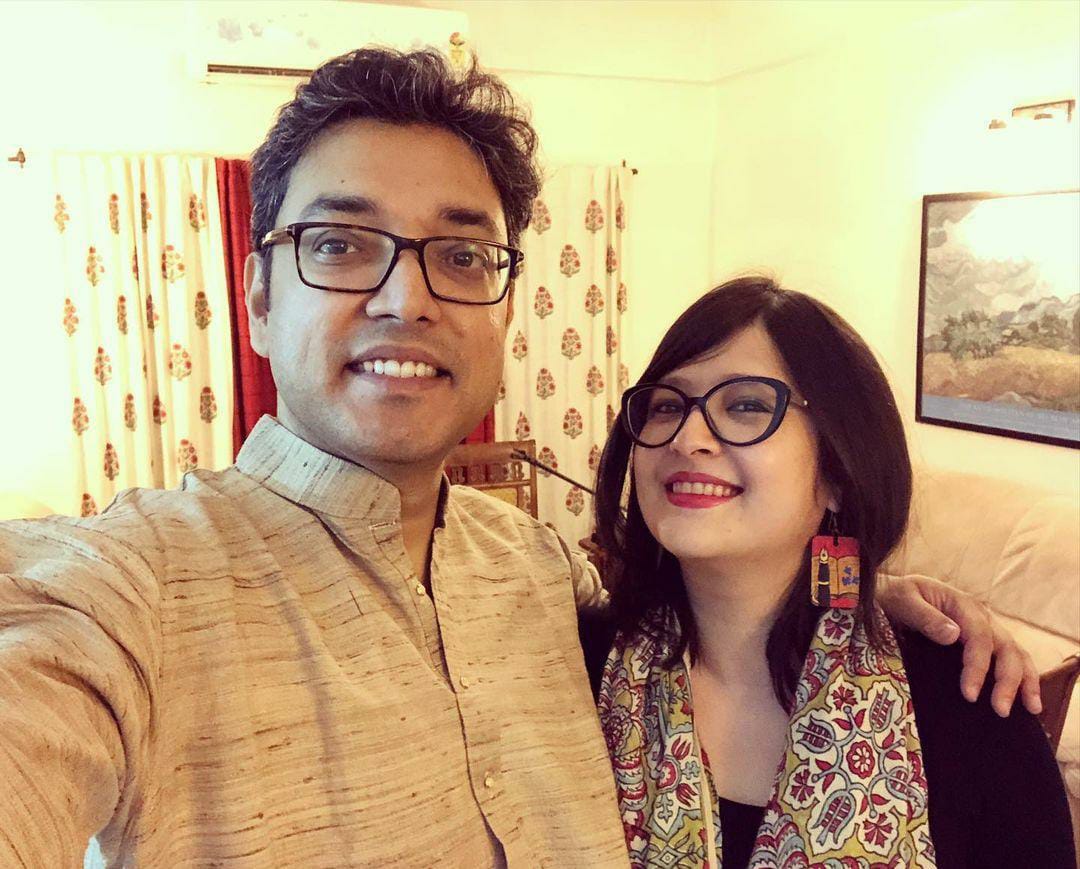 In front of the media, Anupam had confided in his relationship after posting a photo with Piya on his Facebook profile. He said:

“It was a joint decision to disclose my status, that I’m with someone and that I’m happy. I didn’t expect people to notice it! For the first time in my life, I was happy to post a photo with the girl I love! ”

Ever since he had been honest with his relationship, his fans and admirers had gone mad as to when the wedding was going to take place. Finally, the date of the wedding has been set. 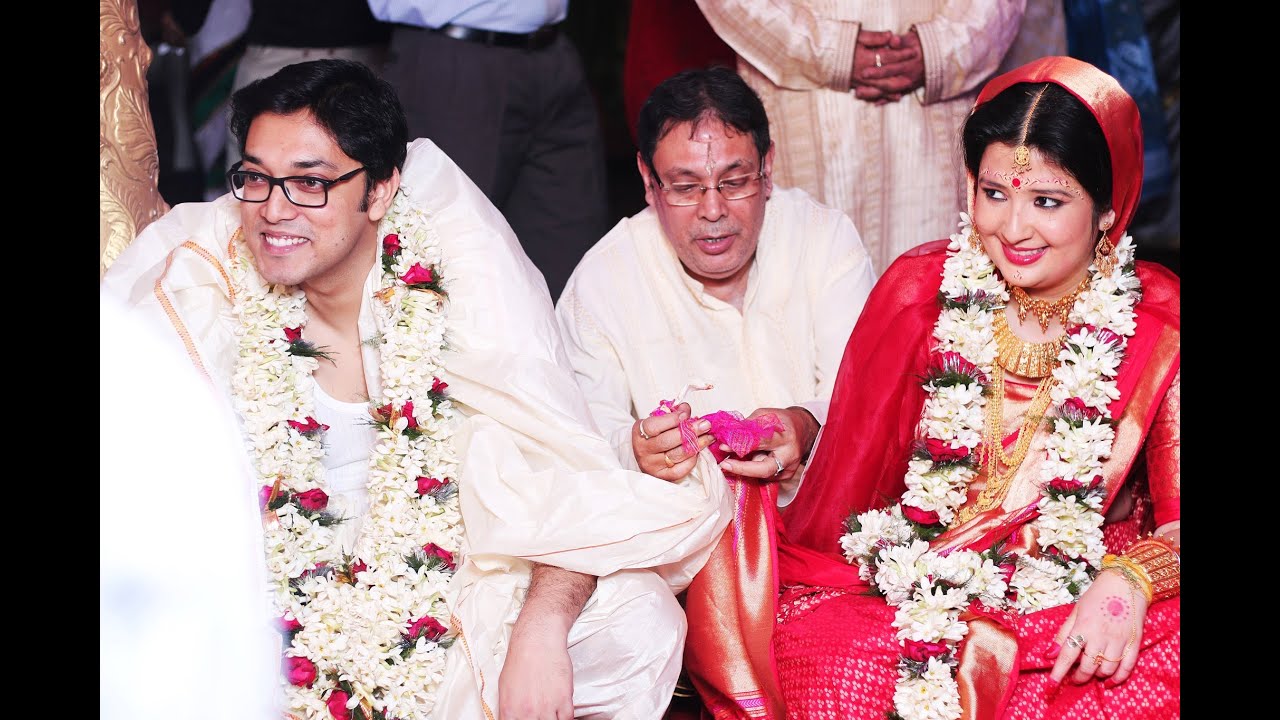 Thus, the singer Anupam Roy and his then-girlfriend, now wife, Piya Chakraborty, decided on a date to tie their marriage. On December 6, 2015, the couple were announced as Mr. and Mrs. in front of their close friends and families. It was a tight knit affair and they never bragged about their marriage. Piya had looked stunning in a red Banarasi sari and had paired it with gold jewelry with a choker and two necklaces, a pair of earrings and a mang teeka.

Anupam Roy and his wife, Piya’s Instagram profile is filled with their adorable photos. It has been 5 years since their marriage and they live happily ever after. Anupam and Piya spend time with their friends and family, celebrate their special days in a special way, and the love can be seen from afar. We wish this couple a “forever”! 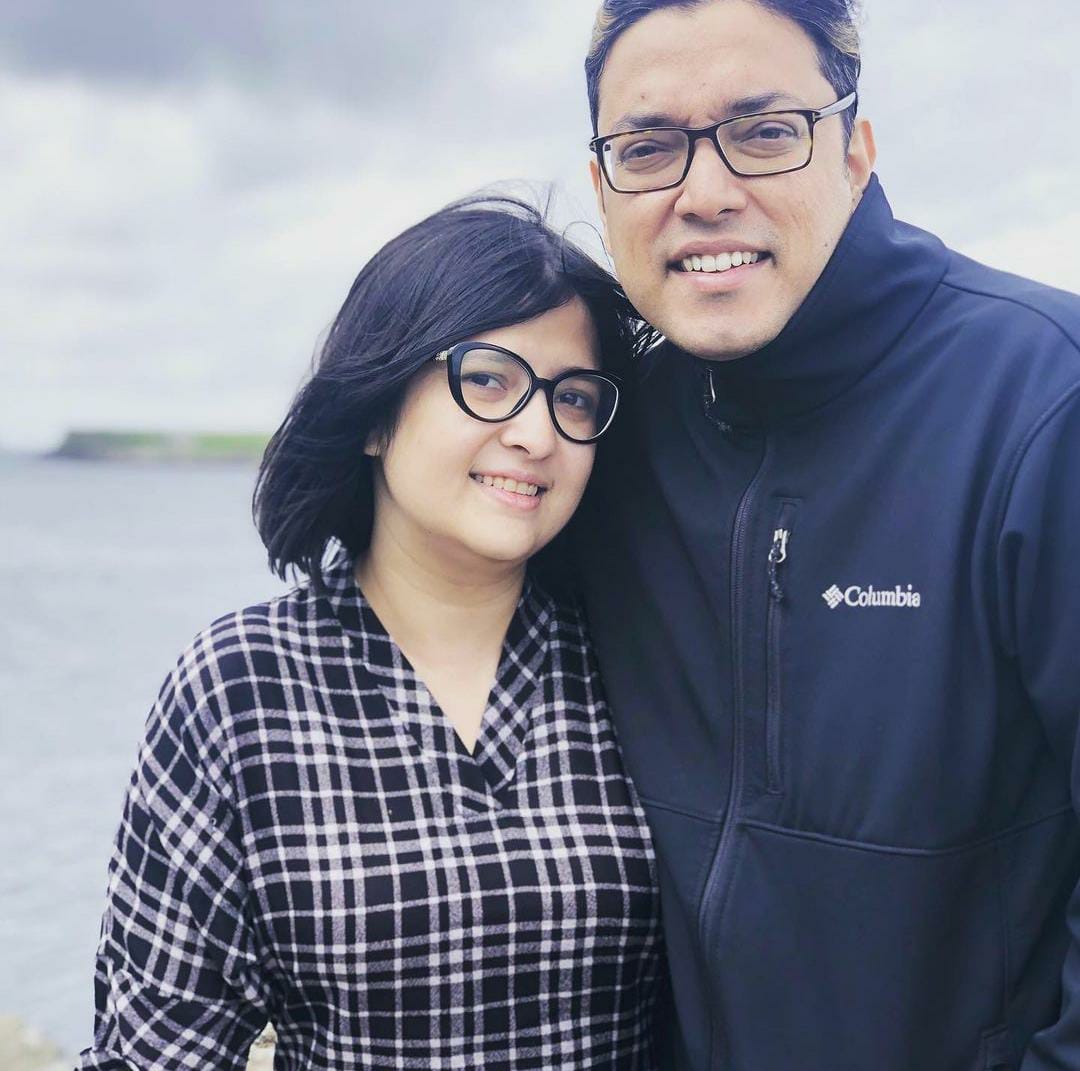 On the work side, Anupam Roy composes the music for the Bollywood film, Bob biswas with Abhishek Bachchan. And now Piya, who was a student at Rabindrasangeet, is coming up with some new IndieBengali music.

SUPERB NEWS! Now you can download the BollywoodShaadis app and never miss a story. Get the app

SUPERB NEWS! Now you can download the BollywoodShaadis app and never miss a story. Choose your Android or IOS (Apple) device