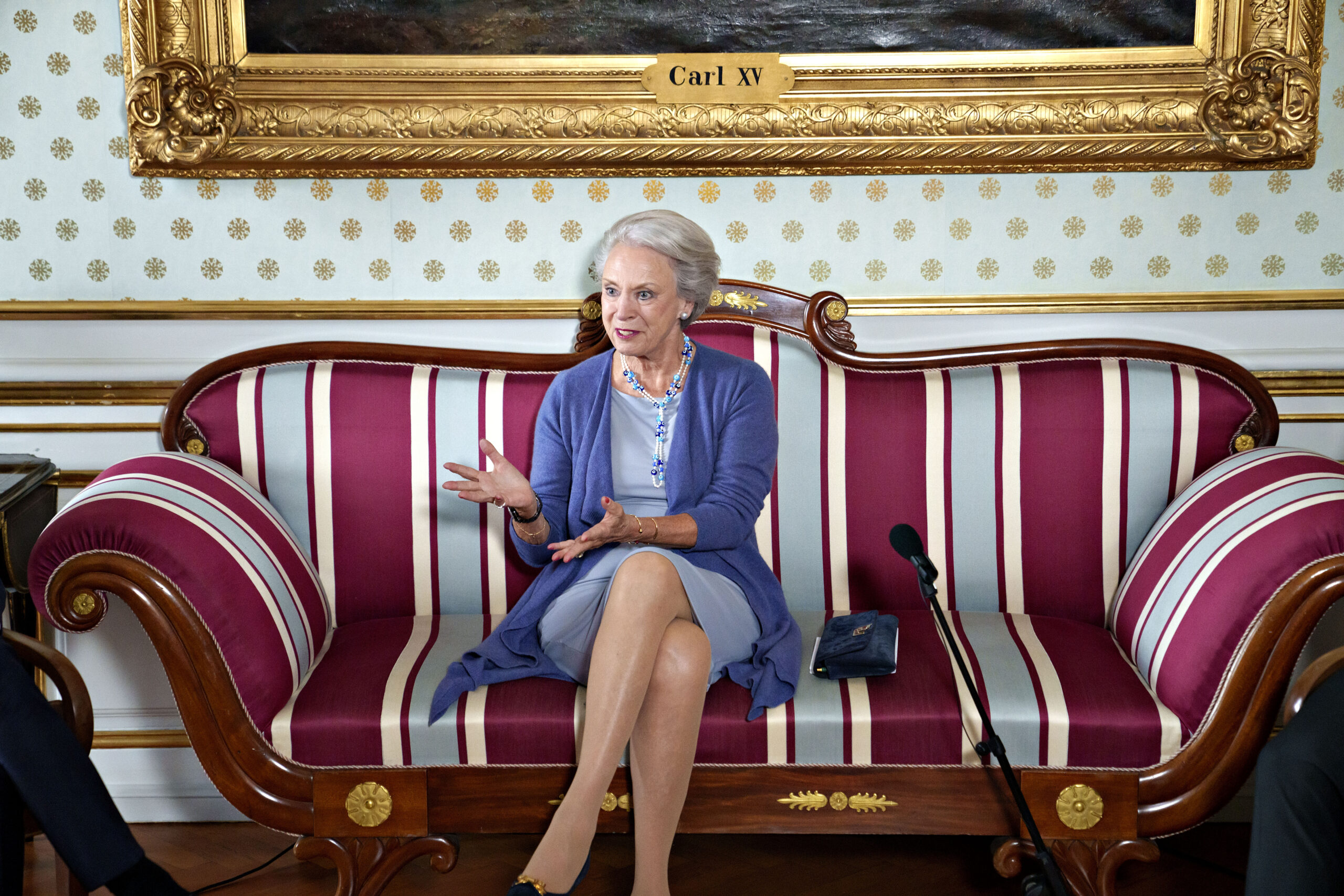 Christmas is fast approaching for all of us, and a number of enduring traditions await most royal families. Princess Benedikte of Denmark and Sayn-Wittgenstein-Berleburg had a great time when she visited the Christmas Bazaar at the Swedish Church in Copenhagen, where she purchased several special Swedish Christmas items.

The Christmas mood was at its peak when the faithful Princess Benedikte visited the Christmas Bazaar in the Swedish Church of Østerbro in the Danish capital of Copenhagen. It’s a tradition she inherited from her mother, Queen Ingrid, born Princess of Sweden. Since 1912, the bazaar has been held in the Gustafskyrkan Church, which is the official name of the Swedish church, and on many occasions it has been held with royal participation.

The Danish-born princess, who is the younger sister of Queen Margrethe and also a German princess by marriage, was greeted with flowers by a little girl. Several of those present had dressed in their Swedish national costumes. Princess Benedikte met the press along the way and said: “I found the bazaar to be fun and it’s great to be able to be here again. I think we all thought that two-year break was too long. Seeing all the merchandise and all the women wearing their Swedish national costumes is so wonderful. This is something that we unfortunately do not have here in Denmark ”.

At the opening, Princess Benedikte gave a speech in fluent Swedish and then told reporters how happy she was with the Swedish bazaar and Christmas traditions. On the way through the fair, she bought traditional painted ‘Dala horses’, sticks with elves to put in Christmas ham, Swedish mulled wine, red and white candies, gingerbread and cheese. Lucia bread. Everywhere where the scents of Swedish specialties, and the colors red and green herald that Christmas can now begin in earnest.

The Swedish Church in Copenhagen is part of the Church of Sweden Abroad. It was built between 1907 and 1911 to plans by Swedish architect Theodor Wåhlin and is named after King Gustaf V of Sweden. The church is a natural gathering place for Swedes who live in Copenhagen.